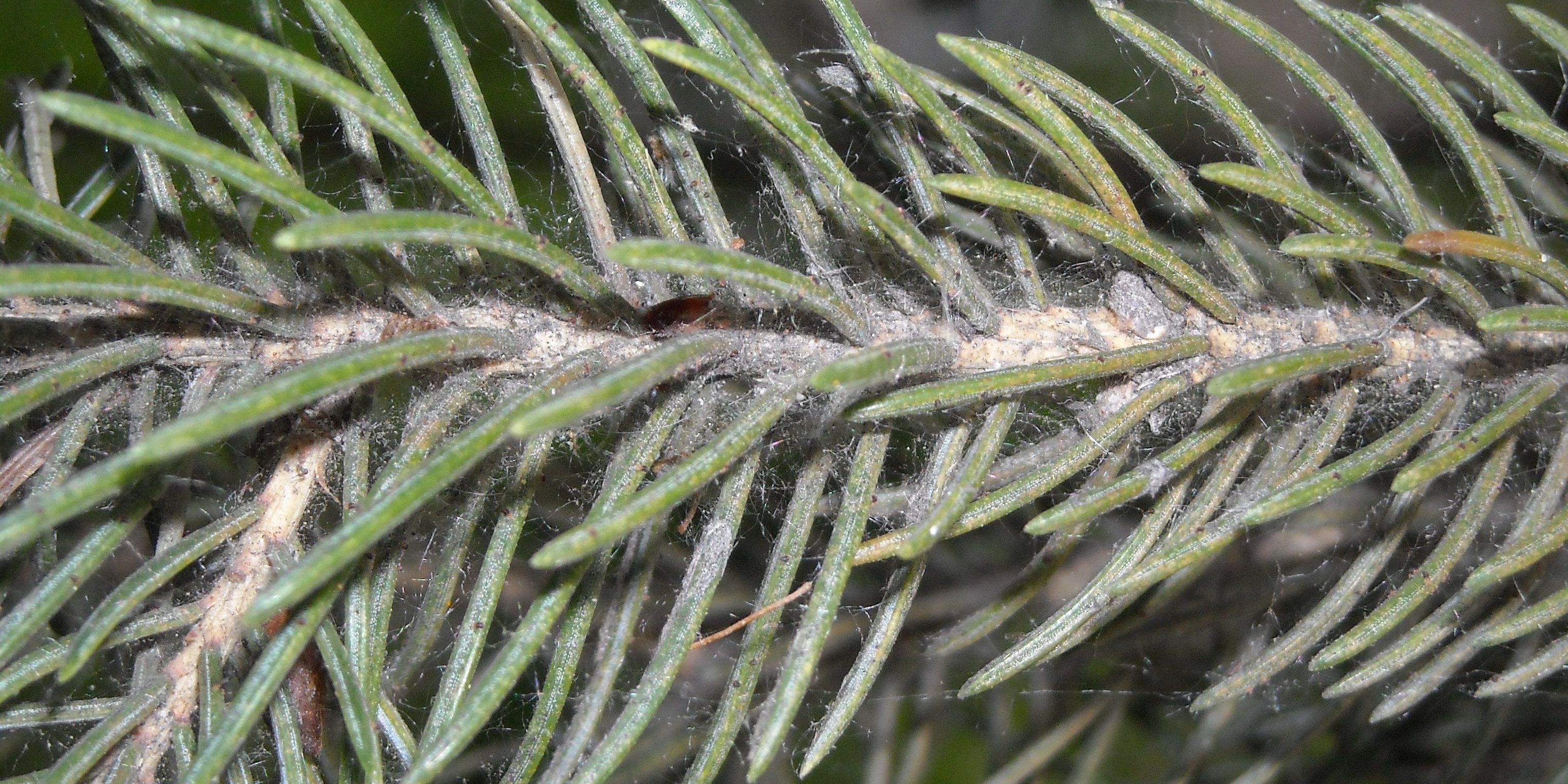 The moist weather conditions that are creating a bumper crop of mosquitoes are also benefiting other pests in the Twin Cities. The Japanese beetle population this year was higher than the last two years combined. According to Jeff Hahn, University of Minnesota Extension Entomologist, all signs point to good soil conditions for the development of their larvae into next season.  Another group of arthropods that are having a great growing season are spider mites.

In the spring of the year spruce spider mites were devastating Colorado spruce and Black Hills white spruce.  Spruce spider mites are cool season mites because their lifecycles coincide with the spring (May & June) and fall (September & October) of the growing season.  The spring generation of mites laid eggs that are dormant through July and August.  These eggs will hatch again in September and several generations of mites will feed and damage spruce until they lay eggs in October to overwinter.

Spring spruce spider mites feed mostly on the needles from last season’s growth (Figure 1).  If treatments weren’t applied in the spring, the fall populations might cause significant damage to needles that were produced both last season and this spring. Spider mite feeding damage occurs when the mites inject their saliva into the needles.  The saliva digests the high nutrient chlorophyll laden cells in the needle.  The saliva and partially digested cell contents are then sucked up by the mite.  The resulting tissue damage appears as yellow and brown splotches on the needles.  In severe infestations, entire branches can be discolored and the needles are eventually dropped by the tree. 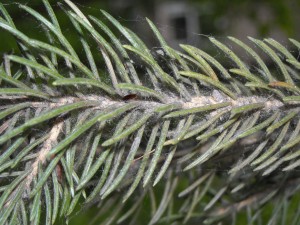 Figure #1 Spruce spider mites on a Colorado spruce. Note the red spots are spider mites. Not all infestations have the webbing in this photo.

Another group of mites that have had a banner year are the warm season mites.  The warm season mites, such as two-spotted spider mite, typically feed on deciduous trees and shrubs throughout the warmest part of the summer in June and July.  They feed in the same way as the cool season mites.

The damage they cause results in the yellowing or bronzing of leaves (Figure 2).  Usually warm season mites are not considered much of a problem on trees.  Only a few leaves tend to be impacted in most years.  This year has been an exception.

Large sections of the canopy on mature red (Figure 3) and white oak trees have spider mite damaged foliage that can have a bronze or tan appearance.   The foliage on red oaks have a light tan coloration on the severely damaged leaves (Figure 4) while spider mite damaged foliage on  white oaks has a red hue (Figure 5).  There is nothing that can be done to prevent the damage now. The summer mite season is over and all that is left of the mites are the cast skins on the leaves (Figure 6).  The eggs have been laid in the crevices of stem and bark tissues to hatch again next July.

The perfect conditions for spider mites this year may follow through into a significant overwintered egg hatch next season.  For the warm season spider mites, have an arborist with plant health expertise examine your previously infested deciduous plants in early June.  That should provide ample time to treat spider mite infestations before they can impact plant health.  For the cool season spruce spider mites treatments can still be applied this fall.  If you notice yellowing needles on Colorado and Black Hills white spruce you may want to have your arborist check for spider mites.  Treating infested trees with miticides can decrease mite populations and reduce their consequent damage. Fall treatments can reduce the number of eggs being laid for next season. 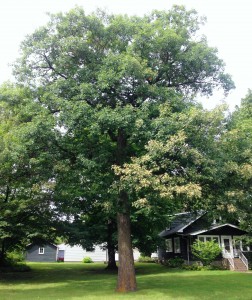 Figure #3: One of many spider mite damaged oaks found throughout the Twin Cities. 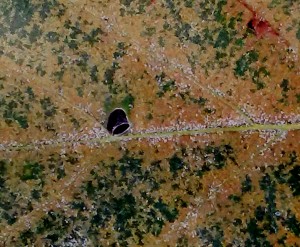 Figure #6: Cast skins of the spider mites are all that are left on damaged oak foliage. 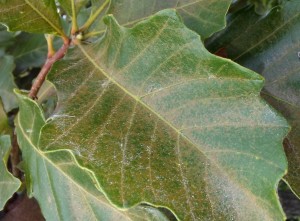 Figure #5: Severely damaged foliage on white and bur oaks have a reddish hue. 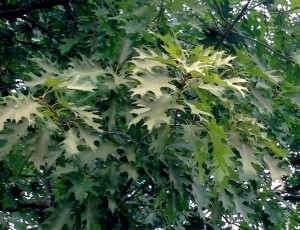